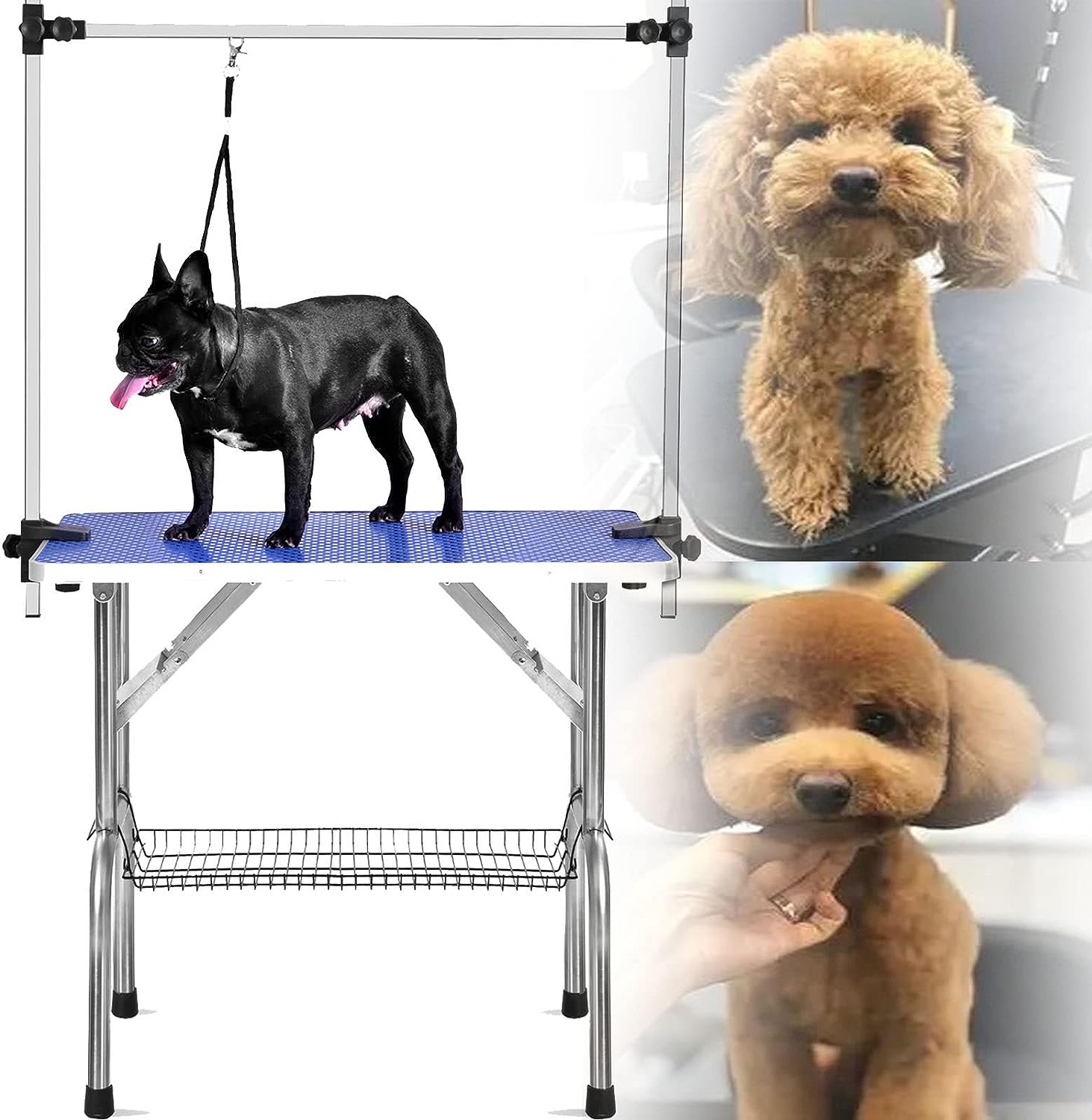 Are you tired of dragging your dog to the groomer and paying the high cost of grooming?Do you have a backache when you bend over to groom your dog? ​Pet Grooming Table will solve all these problems. You can easily groom your pet at home while standing or sitting--bending down is not necessary. This portable, and height-adjustable pet grooming table is suitable for home use, pet salons, and pet grooming schools. It's a great table for both professional and amateur groomers.